The original Divi showcase gallery and resource site since 2014.

Divithemeexamples.com was set up by freelance web designer Craig Longmuir in 2014 after a search for “Divi Theme Examples” came up a blank on Google.

Divithemeexamples.com was originally created as a Divi gallery but has grown to become the most comprehensive resource for quality hand-picked Divi layouts, child themes, and plugins.

The 3rd party Divi product market has grown extensively over the years and the quality available from different sources varies wildly. Divithemeexamples.com will only show you the best available, so you don’t need to waste time looking at inferior products from unqualified designers.

A new Divi website is added to the showcase gallery every day, so there is always something new to help inspire your next Divi website.

How did Divi Theme Examples start?

“As a freelance web designer, I was contacted to make a website for a book author in late 2014. I already had an Elegant Themes membership and had previously been using some of their older themes along with the likes of Salient and Avada. When I 1st saw Divi was available I decided to give it a try and began researching the theme. A search for “Divi Theme Examples” gave very few examples and those that there were, were full of ugly sites and broken links.

I registered divithemeexamples.com that day and began to work on the showcase gallery site in tandem with my clients’ book site.

The site was launched on 5th November 2014 and was an instant hit with a small, but a community-minded group of Divi users. As Divi grew, so has Divi Theme Examples and today it is the most comprehensive collection of hand-picked Divi examples and a go-to place for finding the best Divi child themes, plugins and layouts. “ 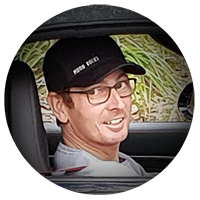