How & why to clear caches in Divi & WordPress

When was the last time you worked on your site made some notable changes, only to find that the changes didn’t reflect? Well, you are having Cache issues.

Caches are part of your web browser that stores temporary data, including files, pages, and other elements, to load the site faster. However, they can take some time to refresh and may not work as intended when changes are made to the site.

In fact, one of the first steps to troubleshoot is to clear cache!

If you are running Divi/WordPress, you may also suffer from cache issues, and that’s why today I will go forward and explain how and why to clear caches in Divi and WordPress. Let’s get started.

The cache is a neat technique used by browsers to store temporary files giving your device the ability to load sites, apps, and browsers to load faster. Caches are used in all types of devices, including hardware. For example, suppose you are using a modern processor. In that case, it also has cache technology that is small enough to store bits of information but powerful enough to improve processor performance significantly.

Web Browsers, on the other hand, store cache in local storage. All the modern browsers include Firefox, Safar, Chrome, and Edge. Browsers can store HTML files, cookies, images, JavaScript, and CSS elements.

Cache works the very first time you visit a site. You may have noticed the site loads slower on the first visit, but the later visits are generally faster, meaning that Cache is loading site resources from local storage rather than downloading them again to the browser from the server.

Caches offer a lot of benefits, including:

Next, speaking of the benefits, there are also disadvantages of caches, which include:

Why do you need to clear cache in WordPress and Divi?

WordPress and Divi sites are also prone to cache issues. Despite cache’s benefit of improved performance, it also poses many issues, including malfunctioning, blocking sites not to display updated sites, and causing errors due to corrupted caches.

The solution to all of these is to “clear the cache.”

And that’s why you need to clear cache in WordPress and Divi if you are having problems including, but not limited to:

Let’s now go through the steps to clear cache in WordPress and Divi.

How to clear cache in WordPress?

As mentioned earlier, the cache is stored with the application. Before we try to clear the cache, let’s learn about the cache types and how to clear them.

Browser Cache and How to Clear It

The browser has its own caching mechanism. Suppose you are running the browser on your computer or phone’s local storage. Browsers are smartly coded, and with the help of the website, it can learn what’s to store in the cache so that the site loads faster without the need to use the network that often.

To clear the browser cache, you need to follow the steps below.

The process should be almost similar for other browsers.

Server Cache and How to Clear it

Servers can also cache. The servers try to cache plugin and script settings and resources so that it doesn’t have to run commands every time the site is requested.

The current generation hosting provider uses their caching technique to make the server perform faster. This server-side caching can include multiple elements, including HTML, PHP, MySQL, and WordPress Object Catching API. In addition, the server also runs other server-optimizing techniques, including virtual file systems, firewalls, sitemaps, and so on!

The best way to clear the server cache is to contact customer support and let them do it for you. However, if you have some experience handling servers, you can follow the steps mentioned below.

Cache Plugin and How to Clear it

Lastly, we have a cache plugin utilized by plugins to improve website loading time – resulting in pre-made web pages delivered. There are plenty of popular cache plugins out there, including the likes of:

Each plugin creates its own cache to improve site performance.

Let’s pick W3 Total Cache and learn how to clear the cache on it.

In case you also Purge Cache even without making any changes. 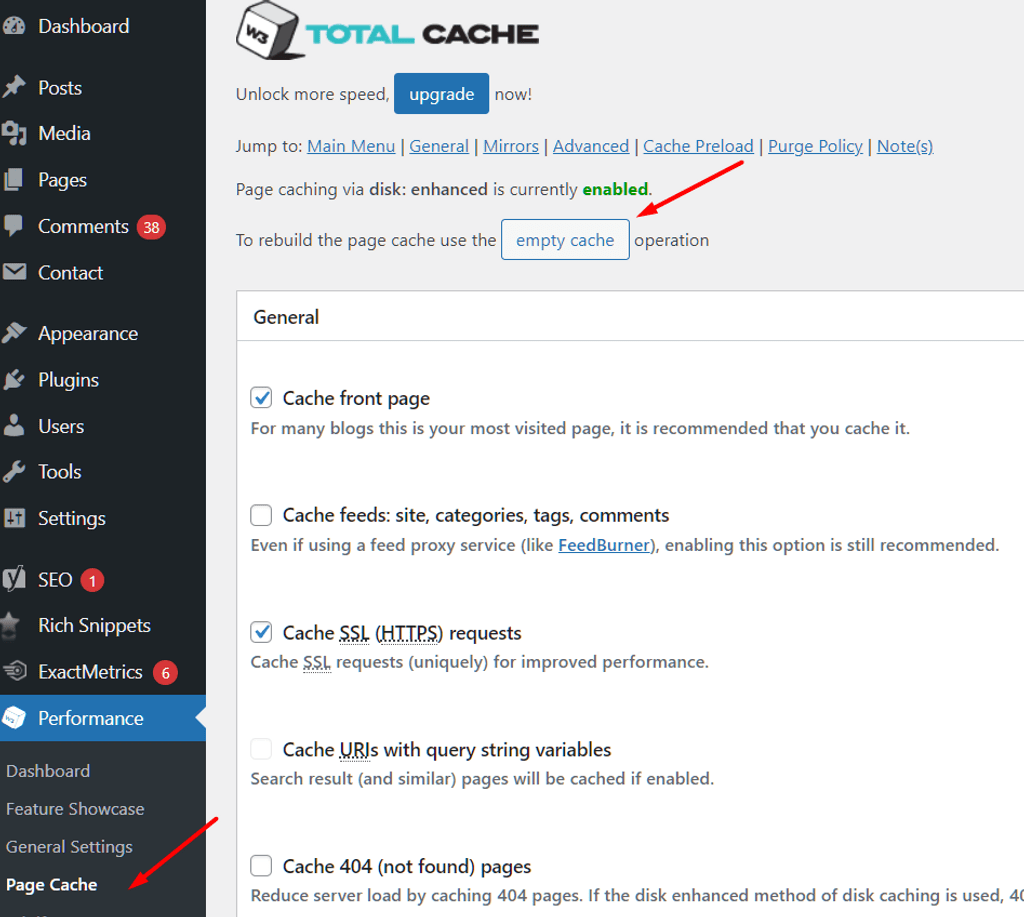 It should be similar to other Cache plugins – with a few different steps.

Other ways to clear the cache on WordPress

There are a couple of other ways you need to clear the cache on WordPress:

How to clear cache in Divi?

As for Divi, you need to take care of extra few steps to clear cache and that of the above steps for WordPress.

The steps are as below. 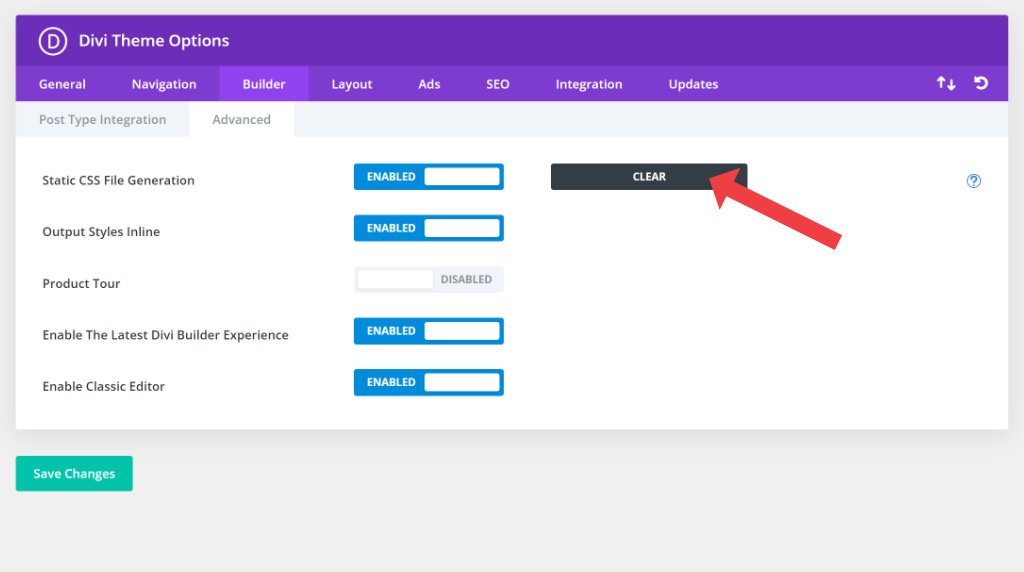 Divi themes take a different approach when it comes to handling appearance. It utilizes Cascading Style Sheets(CSS) and creates static CSS file generation for the Divi Theme Customizer, Divi Builder, and Divi Theme Options. By doing so, your theme will only generate CSS in the static file, and no in-line CSS is generated. And that’s why you need to clear Divi Static CSS File Generation.

Divi and WordPress both use cache to make the site more accessible. However, it can also lead to problems, including non-accessibility and malfunctioning.

This post went through the techniques to make your site free from cache-related problems. So, are your problems solved now? Comment below and let us know.

Craig Longmuir is a a freelance web designer since 2006 and is the owner of DiviThemeExamples.com showcase gallery and DiviLayouts.com layout directory. A long-time Elegant Themes members and the original curator of Divi website examples, layouts, plugins and child themes since 2014. View full author profile & posts
Subscribe
2 Comments
Oldest
Newest Most Voted
Inline Feedbacks
View all comments

Thanks. I sometimes forget to clear my CDN cache which get annoying when things dont update. also i need to clear all twice sometimes before it clicks in for real.

yes me too. not 100% but i think you need to clear the cdn and server caches 1st and your browser last. then again it seems quite random at times if it works or not so who knows!!

This site lists the best hand picked Divi websites & products from developers all over the world so you get to see only the very best.  Our junk filter is ON!
wpDiscuz